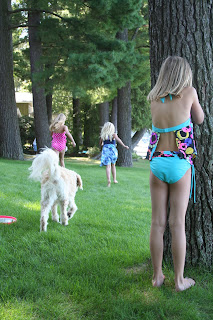 Our pastor has been doing a study on Jonah—I love that story.  Listening to it got me thinking of another game we play: Hide and Seek. (Last Monday I wrote about the game of Tag. You can check it out here.)

Jonah, as you may know, didn’t exactly like what God asked him to do, so he ran. What amazes me is he actually thought he could hide away and God wouldn’t find him. Well, I’m here to tell you, God finds us every single time.

There are times in life when God asks us to do something we don’t really want to do. Believe me. I know. Yet, He asks; not to drive us crazy, but to grow us. Whether it’s growing our obedience, growing out talent, growing our faith…He never asks without a reason. And because He’s given us free will, we can choose to listen, or choose—like Jonah—to ignore and run in the opposite direction. When we do that, we’re playing Hide and Seek.

But listen to what God says in Jeremiah 23:24: “‘Who can hide in secret places so that I cannot see them?’ declares the Lord. ‘Do I not fill heaven and earth?’”

Pretty much He’s reminding us that He created this world, so He knows all the hiding places. Oh, and He’s omnipotent, which means we can ask Him to cover His eyes and count all we want, but He can still see us and our hiding spot, no matter how great we think it is. And while His omnipotence allows Him to see us, it’s His love that makes Him pursue us.

And I don’t say that to wig you out. See. God’s not chasing us to throw our guilt and shame into our faces or to remind us of how we messed up. He’s chasing us so that He can remove the weight of all our junk from our shoulders. We aren’t meant to carry it. Oh yes, there are consequences to our sin, but He doesn’t want us to live under the weight of our sin. That’s way too heavy for any of us to bear. But not God.

And one more cool thing, just in case you’re wondering…God loves playing the Seeker, but He never, never plays the part of the hider. Don’t buy into the lie that you've somehow gone too far or made too many mistakes to be able to run to Him. He's not hiding Himself from you. He’s always there, always waiting, and always ready when you seek Him.