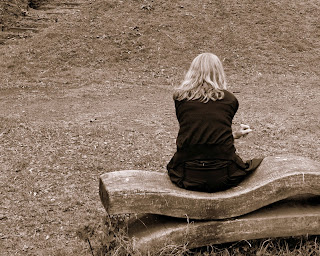 Ever wind up in a spot and you’re not quite sure how you got there? Yeah, me too. Been there, done that, pretty sure I’ll wind up doing it again at some point or another. Because as much as I’ve drawn closer and closer to God on this walk of mine, I know sometimes I still get things wrong. Sometimes I focus more on my problems—and trying to fix them—then I do on God’s strength.

Which is why I think I recently fell in love with the book of Haggai. It’s a great book—no lie. I mean, so often we think the Old Testament really takes after it’s name and is, well, old and dry. But the more I dig into it, the more I find it is just as alive as the rest of the Bible.

Haggai opens with Israel living it up after their captivity. Or at least trying to. They’d rebuilt their homes and were living in style. Only problem? God’s house was in ruins and their prosperity wasn’t exactly working out for them.

They didn’t see a connection between the two, but God was about to show them.

See, Israel was focusing on their own needs, trying to meet them all on their own, and at first it seemed to be working. After years in captivity, they wanted stability. Made sense to first focus on their homes and enjoy their freedom. Yet sometimes the taste of freedom can wash the taste of God from our taste buds. When things are going poorly, we cling tightly to Him. But when things start to loosen up, so does our grip on God. But what Israel soon discovered—and we do too—is that when we move from God we are never satisfied. Listen to this:

“Give careful thought to your ways. You’ve planted much, but have harvested little. You eat, but never have enough. You drink, but never have your fill. You put on clothes, but are not warm. You earn wages, only to put them in a purse with holes in it…Give careful thought to your ways. You expected much, but see, it turned out to be little. What you brought home, I blew away.” Haggai 1:5-7, 9a.

Did you see how serious God is about making sure they get the connection? He uses the same phrase twice, and when he repeats something, we'd better listen.

"Give careful thought to your ways."

In other words, look at your part in this. Are you doing what I called you to do? You wonder why things aren’t going well for you, but are you putting me first or trying to solve all of your problems on your own?

Hmmm…anyone relate? (I’m raising my hand here.) Sometimes in our walks, we take over the reins. We decide we know the best way to go about things and head on down our own path. Then we’re surprised when God doesn’t follow. When the path springs up thorns, when abundance isn’t found, when our talents seem to suddenly shrink and not be enough. But we cannot go someplace God hasn’t called us to and then expect him to equip the journey—he doesn’t work that way.

And that’s what Israel had done. God had made it clear that he wanted them to rebuild the temple, but they’d given up (we’ll talk more about this next week), and instead focused on their own homes. They put their trust in what they knew, in what felt sure to them in this world and its ways. Then when it didn’t work, they wondered why.

Do you find yourself here today? Maybe you’re coming out of a season of captivity and enjoying the freedom, but forgetting it’s God who gave it to you. Maybe you’re trusting in yourself and how to make things happen now that life is a little smoother. Maybe you’ve taken a few steps away from God because you don’t need to cling to him each day for support. Whatever it may be, today if you’re struggling with where you’re at, “give careful thought to your ways.” No, not every hard spell in life is because we’ve taken over the reins, but maybe, just maybe, this one is.

And if you discover it is, then follow what the Israelites did:

“…the whole remnant of the people obeyed the voice of the Lord their God.” Haggai 1:12b

He refocused them on the first task he asked them to do--rebuilding his temple. He pulled them back to him and what his plan was, and when they obeyed...well, that's what we'll talk about next week, but I can't leave without putting out there God's next words after they obeyed.

Love those words, don't you?

This week, I challenge you to give careful thought to your ways. Sit with God and ask him to look at them with you. Then listen. Because he's with you, and he's ever-faithful to answer.