It's been a long time since I've stayed up with a book till one a.m. on a weeknight, but to borrow my favorite borrowed line of the novel, "I was in the middle before I knew I had begun". That was the way of this book, making me devour pages with no knowledge of time, just sheer joy in the reading. Absolutely lovely.

Let me give you a blurb, and we'll chat on the other side. 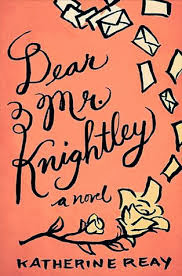 Samantha Moore has always hidden behind the words of others—namely, her favorite characters in literature. Now, she will learn to write her own story—by giving that story to a complete stranger.

Sam is, to say the least, bookish. An English major of the highest order, her diet has always been Austen, Dickens, and Shakespeare. The problem is, both her prose and conversation tend to be more Elizabeth Bennet than Samantha Moore.

But life for the twenty-three-year-old orphan is about to get stranger than fiction. An anonymous, Dickensian benefactor (calling himself Mr. Knightley) offers to put Sam through Northwestern University’s prestigious Medill School of Journalism. There is only one catch: Sam must write frequent letters to the mysterious donor, detailing her progress.

As Sam’s dark memory mingles with that of eligible novelist Alex Powell, her letters to Mr. Knightley become increasingly confessional. While Alex draws Sam into a world of warmth and literature that feels like it’s straight out of a book, old secrets are drawn to light. And as Sam learns to love and trust Alex and herself, she learns once again how quickly trust can be broken.

Reminding us all that our own true character is not meant to be hidden, Reay’s debut novel follows one young woman’s journey as she sheds her protective persona and embraces the person she was meant to become.

This was such a uniquely told story that at first I wasn't sure what to make of it. Yet it tugged at me, begging me to turn another page. The characters were rich and their stories full, something I didn't think the format of this story would allow for, but Katherine Reay completely delivered.

My only complaint of the story is I desperately wanted to see Mr. Knightley's response to some of Sam's letters, especially as I got to know Mr. Knightley better. As the story unfolded, I could guess at his responses, but the romantic in me wished to see those moments played out.

However, I still fell in love with the story Reay tells through these characters. They embedded in my mind, causing me to smile, laugh, and cry with them--and that is what makes good story-telling. I didn't want to say good-bye on the last page. This will be a book I re-read sections from in the coming years.

I highly recommend Dear Mr. Knightley to you, but with that recommendation I ask one thing. Give it a chance. It's a story told in a different way, but that is partly what makes it so intriguing. With each page, it draws you in a little more. There's no rushing within the pages, but a slow unraveling of complete healing against the backdrop of a sweet romance. Truly one of my favorite reads of the year.

I happily give Dear Mr. Knightley 4.5 out of 5 stars. You can purchase it here. 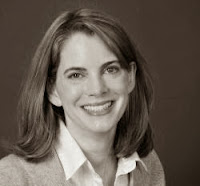 If you'd like to learn about the author, Katherine Reay, you can meet her here.


AND...Happy Valentine's Day! Did you think I forgot the holiday? Well, truth be told, I nearly did. LOL. What's your favorite candy today? I'm all about anything chocolate. But when aren't I?
Posted by Susan at 7:30 AM