Bookshelf Friday - Shadows of the Past by Patricia Bradley

The moment I read the first page of this book, I purchased it. Yep. For this suspense fan, Patricia's opening was that good. Problem was, I couldn't read it for a few weeks, so there it sat, taunting me. I finally picked it up last week and took the ride I was waiting for. Here's the blurb: 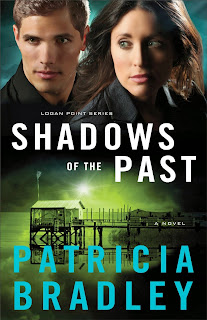 Psychology professor and criminal profiler Taylor Martin prides herself on being able to solve any crime, except the one she wants most desperately to solve--the disappearance of her father twenty years ago. When she finally has a lead on his whereabouts, Taylor returns home to Logan Point, Mississippi, to investigate. But as she is stalking the truth about the past, someone is stalking her.

Nick Sinclair pens mystery novels for a living, but the biggest mystery to him is how he can ever get over the death of his wife--a tragedy he believes he could have prevented. With his estranged brother the only family he has left, Nick sets out to find him. But when he crosses paths with Taylor, all he seems to find is trouble.

Join the chase as this determined duo search the murky shadows of the past for the keys to unlocking the present and moving into a future filled with new hope and love.

While action leaps out at you from the first page, the romantic build-up takes time. There were plenty of reasons for this, and it read true to life. Nick and Taylor have a lot to overcome to reach their happily-ever-after and that alone keeps you turning pages. Balanced against a backdrop filled with twists and turns, Shadows of the Past will suck you in.

As a suspense fan, there were aspects of the book I would have liked better hidden so I could fully be rocked by the surprise at the ending. I had a fairly strong suspicion of how things would wrap up and--though it did end the way I predicted--it still was written at a fast and strong pace.

Patricia's voice was easy to read and her characters well fleshed out. The motivation behind their actions and decisions made sense. I also connected well with the secondary characters and cannot wait to see it they show up in the next book of this new series.

All together, I truly enjoyed Patricia's debut novel and am excited to add another author to the list of contemporary romantic suspense writers on my bookshelf! I happily give Shadows of the Past 4 out of 5 stars, and if you haven't read it, you can purchase it here. 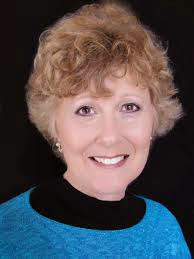 Pat is a Romantic Suspense writer living in the Deep South. Her short-stories have been published in Woman’s World, and she has finished one book, Shadows from the Past which is set in Memphis and the surrounding area. It won several awards…the 2008 Maggie (Inspirational Category)…1st Place in the 2012 Touched By Love and Daphne du Maurier contests…finaled in the 2012 Genesis…bronzed in the Frasier. Currently, she is working on a second book, Shadows of Love set in the same area but featuring different characters. She also is an abstinence/healthy relationship speaker and have spoken to many students…and adults. When Pat's not writing or speaking, she throws mud on a wheel and tries to make something beautiful.

You can learn more about Pat at ptbradley.com

Email ThisBlogThis!Share to TwitterShare to FacebookShare to Pinterest
Labels: Bookshelf Fridays, patricia bradley, shadows of the past, susan l. tuttle