Bookshelf Friday - For Such a Time by Kate Breslin

Before I get into this absolutely amazing gotta-buy book, I need to tell you the winner of my March Bookshelf Giveaway! I put all my new likes, followers, and commenters into Random Thing Picker and Debby Radmacher, your name popped up! Take a look at my March Bookshelf, and I'll be contacting you later today to see which book you'd like:)

Oh my goodness...today I'm reviewing Kate Breslin's debut novel. It's a retelling of the story of Esther set during World War II in Nazi Germany, and it sucks you in immediately. Let me give you the blurb and then we can chat. 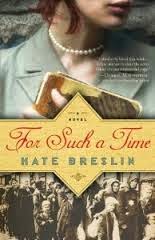 In 1944, blond and blue-eyed Jewess Hadassah Benjamin feels abandoned by God when she is saved from a firing squad only to be handed over to a new enemy. Pressed into service by SS-Kommandant Colonel Aric von Schmidt at the transit camp of Theresienstadt in Czechoslovakia, she is able to hide behind the false identity of Stella Muller. However, in order to survive and maintain her cover as Aric's secretary, she is forced to stand by as her own people are sent to Auschwitz.

Suspecting her employer is a man of hidden depths and sympathies, Stella cautiously appeals to him on behalf of those in the camp. Aric's compassion gives her hope, and she finds herself battling a growing attraction for this man she knows she should despise as an enemy.

Stella pours herself into her efforts to keep even some of the camp's prisoners safe, but she risks the revelation of her true identity with every attempt. When her bravery brings her to the point of the ultimate sacrifice, she has only her faith to lean upon. Perhaps God has placed her there for such a time as this, but how can she save her people when she is unable to save herself? 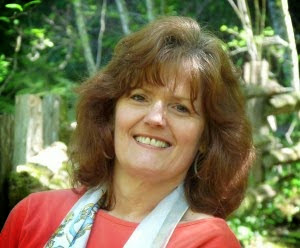 If you'd like to learn more about Kate, please visit her at her website katebreslin.com
Posted by Susan at 7:00 AM

Email ThisBlogThis!Share to TwitterShare to FacebookShare to Pinterest
Labels: Bookshelf Fridays, for such a time, kate breslin, susan l. tuttle