I stumbled across this book on Netgalley and, having just watched Austenland, decided to give it a try. Here's a blurb and we'll chat on the otherside:) 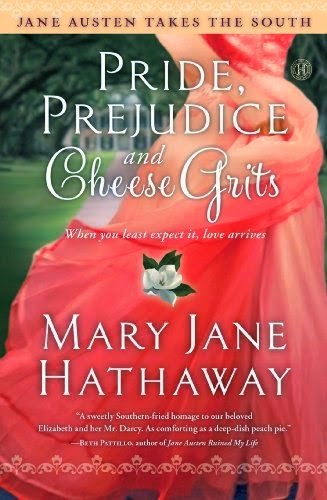 Shelby Roswell, a Civil War historian and professor, is on the fast track to tenure—that is, until her new book is roasted by the famous historian Ransom Fielding in a national review. With her career stalled by a man she’s never met, Shelby struggles to maintain her composure when she discovers that Fielding has taken a visiting professorship at her small Southern college.

Ransom Fielding is still struggling with his role in his wife’s accidental death six years ago and is hoping that a year at Shelby’s small college near his hometown of Oxford, Mississippi, will be a respite from the pressures of Ivy League academia. He never bargained for falling in love with the one woman whose career—and pride—he injured, and who would do anything to make him leave.

When these two hot-headed southerners find themselves fighting over the centuries-old history of local battles and antebellum mansions, their small college is about to become a battlefield of Civil War proportions.

I'll admit to a slow-start for this book for me. I struggled to connect with the characters, even though there was a good bit of conflict between them at the beginning. It truly opened as all good books should, but I still had a bit of disconnect and found the first few chapters slow.

But then Ransom snagged me with one of his glances at Shelby. Their interactions and banter began to fly off the page, and while the voice of this author was slightly different than what I typically read, her characters began to beg me to turn the pages. The slow beginning was forgotten, and I fell for the budding relationship between Ransom and Shelby. At the same time, a sub-plot deepened conflict within the story providing a great external issue that nearly tore apart our hero and heroine. It was well written and woven throughout, well timed, and believable.

I closed the last page with a true smile on my face and the feeling like I'd really spent time with these characters. I loved the depth of their relationship. Mary Jane created unique individuals and gave them small interactions (rings, greenhouses, diaries, paintings...read it, you'll see) with huge meaning. It was those special touches I believe I loved the most.

I happily give Pride, Prejudice, and Cheese Grits 4 out of 5 stars and will be soon picking up the sequel:) You can purchase it here. Happy reading this weekend!