I'm finishing up my summer reading and this book has been on my to-be-read pile for a little while. After a recommendation from a friend, I bumped it up. So glad I did! Here's a blurb, and we'll chat on the other side:) 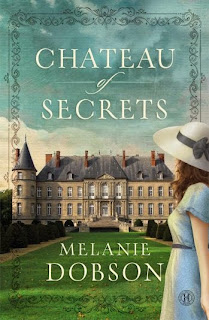 A courageous young noblewoman risks her life to hide French resistance fighters; seventy years later, her granddaughter visits the family’s abandoned chateau and uncovers shocking secrets from the past.

Gisèle Duchant guards a secret that could cost her life. Tunnels snake through the hill under her family’s medieval chateau in Normandy. Now, with Hitler’s army bearing down, her brother and several friends are hiding in the tunnels, resisting the German occupation of France.

But when German soldiers take over the family’s château, Gisèle is forced to host them as well—while harboring the resistance fighters right below their feet. Taking in a Jewish friend’s baby, she convinces the Nazis that it is her child, ultimately risking everything for the future of the child. When the German officers begin to suspect her deception, an unlikely hero rescues both her and the child.

A present day story weaves through the past one as Chloe Sauver, Gisèle’s granddaughter, arrives in Normandy. After calling off her engagement with a political candidate, Chloe pays a visit to the chateau to escape publicity and work with a documentary filmmaker, Riley, who has uncovered a fascinating story about Jews serving in Hitler’s army. Riley wants to research Chloe’s family history and the lives that were saved in the tunnels under their house in Normandy. Chloe is floored—her family isn’t Jewish, for one thing, and she doesn’t know anything about tunnels or the history of the house. But as she begins to explore the dark and winding passageways beneath the chateau, nothing can prepare her for the shock of what she and Riley discover…

I truly loved this book. There was just enough mystery--not the suspenseful type--to pull me in immediately from the first chapters. The two stories start at opposite ends and work toward each other in a well-paced story line that slowly unveils what happened in this Chateau during the War. Both Chloe and Gisele are strong women who refuse to give up despite what circumstances they may encounter.

While at first the chapter changes (from third person with Gisele's chapters to a first person with Chloe's chapters) jarred me, the story kept me tugged in tight and soon I easily slipped into the point-of-view changes. As for romance, it was more of a backdrop to this story and yet still present enough for this romantic heart. The mystery of each character, some you see in present day and also in their past, was the heart of this story, and Melanie revealed a little more of their lives with each new chapter. I enjoyed this pace which left me invested rather than frustrated with the story.

If Chateau of Secrets is on your TBR pile, nudge it up. If it's not, you can purchase it here. And if you want to learn more about Melanie and her books, head on over to her website. The link is below. Have a great weekend! 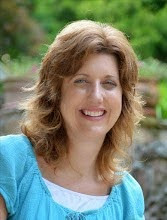 The author of thirteen contemporary and historical novels, Melanie Dobson lives with her family in the beautiful Pacific Northwest. Her latest novels are Chateau of Secrets and The Courier of Caswell Hall. More info at www.melaniedobson.com
Posted by Susan at 9:10 AM