Today's book is another I literally stumbled across. After reading the blurb I snapped it up, and the timing was perfect! I got a cold and needed to rest, so I curled up with this book. Tough times, I tell ya, but somebody had to do it:) Here's the blurb for you all, and we'll chat on the other side! 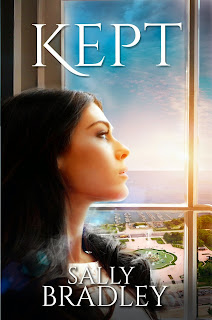 Life has taught Miska Tomlinson that there are no honorable men. Her womanizing brothers, her absentee father, and Mark, the married baseball player who claims to love her—all have proven undependable. But Miska has life under control. She runs her editing business from her luxury condo, stays fit with daily jogs along Chicago's lakefront, and in her free time blogs anonymously about life as a kept woman. Enter new neighbor Dillan Foster. Between his unexpected friendship and her father's sudden reappearance, Miska loses control of her orderly life. Her relationship with Mark deteriorates, and Miska can't help comparing him to Dillan. His religious views are so foreign, yet the way he treats her is something she's longed for. But Dillan discovers exactly who she is and what she has done. Too late she finds herself longing for a man who is determined to never look her way again. When her blog receives unexpected national press, Miska realizes that her anonymity was an illusion. Caught in a scandal about to break across the nation, Miska wonders if the God Dillan talks about would bother with a woman like her—a woman who's gone too far and done too much.

There was so much to love about this book. First off, the setting of Chicago was well described. I actually want the apartment Miska lived in, and that's saying a lot because I'm not a city girl. Second, the plot delivered a huge dose of hope. It may have come out of dark places, but isn't that where hope is needed the most and the backdrop with which we see it the best? And the characters? They were fully fleshed out and incredibly believable. Because of this, at times the book was hard to read. It's not a light, fluffy story, though Bradlely does an amazing job with layering in humor throughout her dialogue and character interactions. It was one thing I loved about Miska and Dillan, they'd make each other laugh which made me laugh. Still, it was hard to watch the choices Miska made, even if they were completely believable. Also, I struggled at times with Dillan's internals. It wasn't the negative thoughts or biases he portratyed internally at times--because as Christians we can all struggle through those thoughts--it was that I'd like to have seen him come to grips with them in a more concrete way. To acknowledge that perhaps, his heart needed a little changing too. While this was shown by the end in his actions, I'd have liked to see the full internal of these changing thoughts as well.

All that being said, this was a very well written and truthful book. It doesn't shy away from any of the hard issues many people are facing today. The lies they believe as truths and the actions they think are perfectly normal to take. It also deals with forgiveness and redemption in a beautiful way, and the hope that it leaves with the reader is the entire point of this story. God is seen in a big way, and that made me enjoy the story all the more.

I happily give Kept 4 out of 5 stars and you can purchase it here. Have a great weekend everyone!