Earlier this year one of my dear friends released her first book, The Hesitant Heiress, to amazing reviews. Now her second book in this series is being released. Here's a blurb on The Bound Heart, and we'll chat on the other side! 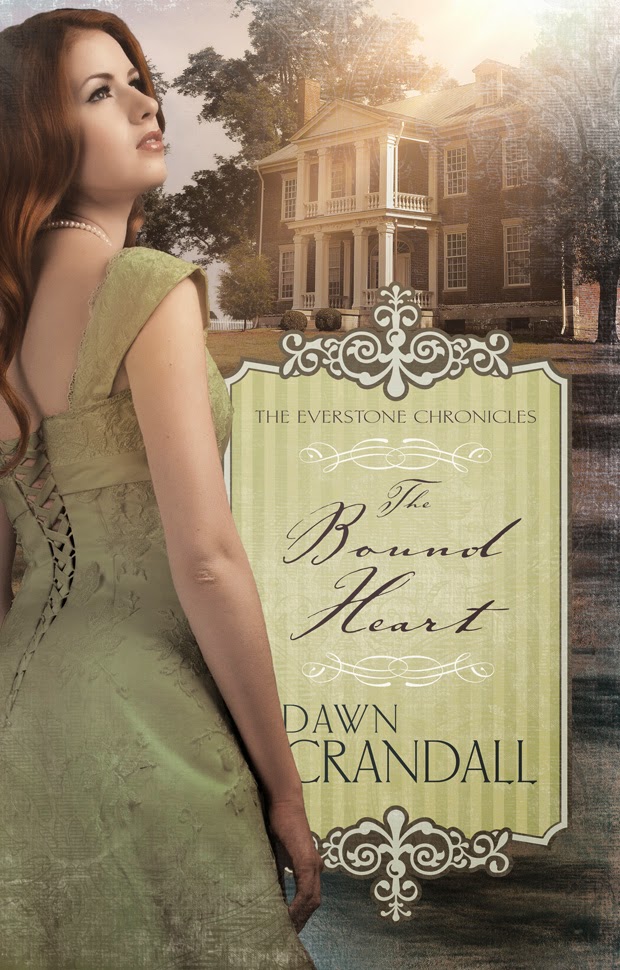 One accidental kiss—that was all it took to throw Meredyth Summercourt’s world upside down. Determined to marry the ever-elusive Vance Everstone, she simply doesn’t have the time or desire to fall for her best friend Lawry Hampton. But with Vance out of the country, and with Lawry at her side nearly every day, teaching her what the world is like through the eyes of a little orphan girl named Wynn—Meredyth can’t deny that what’s holding her to Vance is nothing more than a desire to redeem herself from her past. Will she marry Vance once he returns from Europe? Or will she be strong enough to break free from the tangled web of deceit she’s convinced she deserves, and accept that God’s plan for her life includes redemption…and, quite possibly, Lawry Hampton?

I'll admit to this one being my favorite of the bunch. There was just something so sweet about Meredith and Lawry's relationship. Add to it the redemption of Meredith as she realizes God's forgiveness and grace in the middle of her life...it was a beautiful story! I love stories that give hope, that show that no one is perfect and then use that backdrop to bring in God's all-consuming love, removing chains and setting captives free. That's exactly what The Bound Heart does.

It's also an amazing romance between two characters you root for from their first kiss in chapter one. One kiss truly did throw both their worlds upside down, and the rest of the book is them tilting back to exactly where they belong.

If you're looking for a heartfelt weekend read, you'll love The Bound Heart and can purchase it here. Dawn's doing a giveaway on her blog too, which you can enter here!

Also, it's time for my monthly bookshelf giveaway. If you need to read any of the reviews off my October bookshelf, the links are below. Just leave a comment if you're interested in winning your choice of one of them! Winner announced next Friday:) 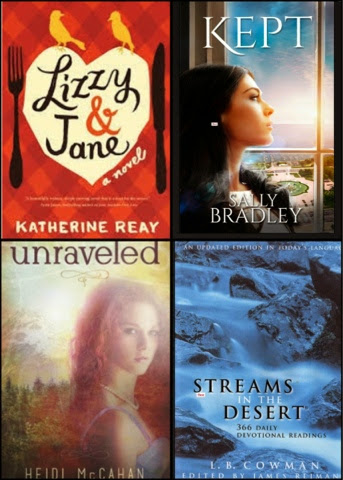 Streams in the Desert by LB Cowman
Posted by Susan at 7:00 AM