This book kept making an appearance around my other author friends' pages and posts. The cover intrigued me, but I'm not a huge YA reader and definitely not big on fantasy. Finally curiosity (and amazing reviews) tugged me over, and I purchased a copy. I am beyond giddy that I did! Here's a blurb, and we'll chat on the other side! 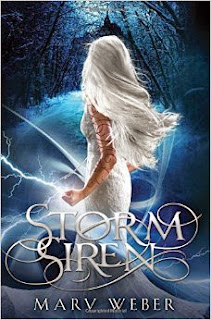 In a world at war, a slave girl's lethal curse could become one kingdom's weapon of salvation. If the curse - and the girl - can be controlled.

As a slave in the war-weary kingdom of Faelen, seventeen-year-old Nym isn't merely devoid of rights, her Elemental kind are only born male and always killed at birth - meaning, she shouldn't even exist.

Standing on the auction block beneath smoke-drenched mountains, Nym faces her fifteenth sell. But when her hood is removed and her storm-summoning killing curse revealed, Nym is snatched up by a court advisor and given a choice: be trained as the weapon Faelen needs to win the war, or be killed.

Choosing the former, Nym is unleashed into a world of politics, bizarre parties, and rumors of an evil more sinister than she's being prepared to fight . . . not to mention the handsome trainer whose dark secrets lie behind a mysterious ability to calm every lightning strike she summons.

But what if she doesn't want to be the weapon they've all been waiting for?

Set in a beautifully eclectic world of suspicion, super abilities, and monsters, Storm Siren is a story of power. And whoever controls that power will win.

It took me a few chapters to sink into the world of Faelen, but I honestly cannot say if that was me or the writing. I did feel the pace pick up around chapter five for me, and by that point I was so sucked in I struggled to put the book down and stay productive in my own little world. With each page I fell deeper into this story, hungry to know what would happen, how things would work out for Nym, and what, exactly, was going on around her. Tears were shed, gasps were made, heart fluttering occurred, and by the time I flipped the last page of this book in a genre I hardly ever touch I was reminded of a fact I've forgotten in the last few years...

Mary Weber has crafted a world and characters that will attach themselves to you, staying alive in your heart and mind long after you put this book down. She also will leave you counting down the days until Siren's Fury (the sequel) comes out. And let me tell you, currently there's 180 days and counting...

Until then, if you haven't already, I highly suggest picking up Storm Siren and I give it 5 out of 5 stars. Happy Friday!

And it's also time for my monthly bookshelf giveaway. If you would like a chance at one of the books I reviewed in November, just leave a comment here (the list and links of those reviews is at the very bottom of this post). I'll announce the winner on next week's Bookshelf Friday, and that person can pick a book from my November shelf, and I'll mail it to them. Happy reading:) 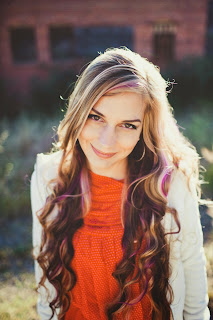 M. Christine Weber is a ridiculously uncoordinated girl plotting to take over make-believe worlds through books, handstands, and imaginary throwing knives. She lives on the breathtaking California coast with her three homeschooled children and an engineering husband who looks strikingly similar to Wolverine.

Her writing experience includes card copy for Hallmark, articles and short stories for newspapers and e-zines, and educational curriculum for a non-profit, although she can also type a mean grocery list when necessary. On her days off, you can find her penning book reviews or conducting silly interviews here at mchristineweber.com amid drinking lattes and instructing her kids on the finer aspects of world domination.

You can connect with Mary on her website: mchristineweber.com