Leave Nothing on the Field

No one really likes going to battle, at least I don't really know of anyone who does. Personally, I'd love it if life was a daily walk in the park. But we don't live in a world like that yet. One day we will, but until then we have to contend with sometimes fighting battle we'd rather avoid.

For some of us, those battles are results of generational sins rearing their ugly heads. Others, those battles stem from personal choices and struggles. Whatever the root, we find ourselves staring down an enemy that wants to devour us. Yet we know we fight with armor given by a victorious God. He fights with us, for us, and in Him we are more than conquerors. AMEN! (Need some verses today? Look up John 10:10, Romans 8:37, Isaiah 41:10, Exodus 14:14, Ephesians 6:10-18) 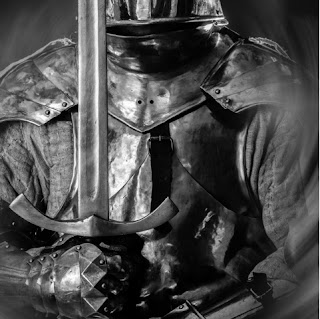 But today I want to talk about what happens after we battle, when God brings victory after a long-fought war and we're dusty and tired. A few years back I did a study called Gideon by Priscilla Shirer. During one of the teachings she said "You should never leave a battle without taking something from it." This moment stuck with me, because the point she went on to make was so right. What we do after a battle is as important--maybe even more important--as what we did to win that battle. Let's take a look at David:

David took the gold shields carried by the officers of Hadadezer and brought them to Jerusalem. From Tebah and Cun, towns that belonged to Hadadezer, David took a great quantity of bronze, which Solomon used to make the bronze Sea, the pillars and various bronze articles. 1 Chronicles 18:7-8

I read this verse this week and it brought back the point from that teaching on Gideon. I love how God makes his scripture alive to us. See, David had just fought a battle, and he wasn't leaving it empty handed. He took spoils with him. Gold and bronze, and not simply a little but a "great quantity". And why? For his son to use.

So stick with me here. Many of us are fighting spiritual battles in our lives. As I mentioned above, some of those may be rooted in sins or struggles that have dogged your family for years, and you're not willing to let it move on to your children. You want more for them. Winning that battle is not enough if you walk away empty handed and don't pass anything down to your children. We need to do what David did. Finish the battle then take our spoils of war--wisdom, knowledge, freedom, a deeper love for Christ--and pass them on. To our children. To our nieces and nephews. To our friends. To anyone around us who'll listen.

Why? Because it's meant to be used! Look at Solomon. He didn't simply take the bronze that his father handed him. No. What did he do with it? He used it to build a temple to God. He finished what his father began, giving glory to God and growing even deeper. What the enemy had intended for harm, God used for good!

Today, if you're fighting a battle, don't walk off that field empty handed once the victory comes. You've grown. You've learned. You've gained priceless spoils of war that can be handed down to those around you. That wisdom was hard earned and is intended to be passed on, not left on the field. Don't let the enemy have one precious piece of it.
Posted by Susan at 7:00 AM