Rest in Our Storm

Ever watch the horizon of your life and see a storm gathering? The clouds slowly darkening and billowing up into the sky, churning around in circles. Then the low rumble of thunder starts.

I've been there my fair share. I mean, it's a part of life. Down here with all our imperfections and sand-paper spots, problems happen. Not to mention God sometimes does his best work on our lives in the midst of our storms.

And while we know this, big or small, no one likes to go through life's storms. We pray, we fast. Maybe we sit at the altar, but sometimes the thunder just keeps rumbling. It's then we realize that while we don't want to go through it, Jesus isn't exactly taking us around it either. And, quite frankly, there was one particular storm where I finally asked him "why not"?

He desires our questions. So I laid it on him.

And he returned my question with a question: Where is your faith? Then he followed it by reminding me of Mark 4:35-40. Jesus had just done a multitude of amazing, miraculous things and told some pretty amazing parables. The disciples actually got to see him teach. Sit at his feet! They were front and center. And then they all boarded a boat.

A furious squall came up, and the waves broke over the boat, so that it was nearly swamped. Jesus was in the stern, sleeping on a cushion. The disciples woke him and said to him, "Teacher, don't you care if we drown?" He got up and rebuked the wind and said to the waves, "Quiet! Be still!" Then the wind died down and it was completely calm. He said to his disciples, "Why are you so afraid? Do you still have no faith?" 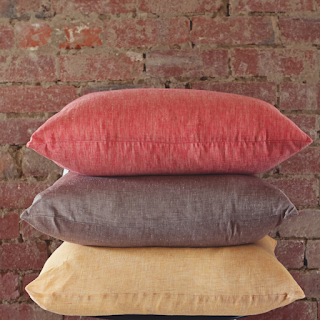 Okay. There is so much to those verses, and yet in our own storms, we forget it all. We focus on the waves swamping us and wonder how in the world Jesus can sleep through it all, on a cushion no less. Did you catch that? It's there. Go back and look. And it's why I love Mark's rendition of this story, because he included that little fact and can't we sound just like that? I'm in the middle of a storm here, Lord, and you're all tucked up nice there in heaven on your cushy seat not really caring. Have you not heard my cries? Can you not feel the rolling waves? You certainly haven't done anything about it.

But it wasn't that Jesus didn't care, he was simply living out his faith. He knew they were going to get through the storm, so why worry? Pull up a cushion and rest.

Rest in the midst of a storm. Totally sounds like a crazy idea, right? But it's what our faith is all about. And those storm-challenging moments can oftentimes be what stretch our faith the most, especially when they reach hurricane proportions. Yet if we've got God as our center, we can rest assured that the storm will not harm us, no matter how battered we are by the waves. And how can we know this? The same way the disciples should have, because they'd already learned it though what Jesus had taught them. They simply needed to remember it. 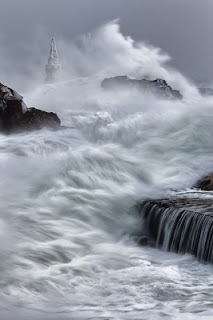 Matthew 6:24-25 talks about where we build our houses.
Therefore everyone who hears these words of mine and puts them into practice is like a wise man who built his house on the rock. The rain came down, the streams rose, and the winds blew and beat against that house, yet it did not fall, because it had its foundation on the rock.

That parable doesn't say if a storm will come, but when the storm comes--and it sounds like quite a storm. But it also says that house did not fall because its foundation was on the rock...and that rock is Jesus Christ.

So if we know he's in control of the storm, then why do we worry when we see it building on the horizon? What if this time, as the storm is rolling in, we pull up a cushion and rest in the knowledge that he has it all under control.
Posted by Susan at 11:21 AM