Kids love the game of Tag. I personally think they’re crazy—that’s an awful lot of running—but they can play it for hours. Or, well, twenty minutes at least, which is really good considering their attention spans. 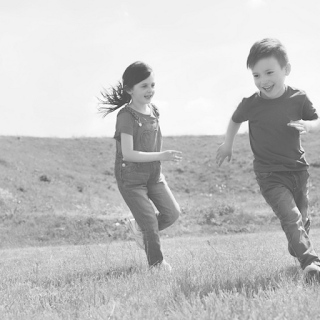 And while we may not play the actual game of Tag as adults, I do think we still play it. Have you ever said something along these lines: “I’m done running after them. Now it’s their turn to chase me.”

If you have, then you’re playing Tag. But…

Love is not a game of Tag.

I know, I know, so often we want it to be, but it’s just not. We can emotionally ‘tag’ people all we want, but that doesn’t make them It. Half the time they don’t even know they’re supposed to be playing. Oh, and just because we ‘tag’ them doesn’t let us off the hook of being It ourselves.

See, love isn’t a game. Love isn’t conditional. Love isn’t dependent on the other person. Love is always giving—even when we aren’t receiving. It’s thinking of the other person, chasing them, pursuing them, even when they don’t deserve it…especially when they don’t deserve it, because that’s what God has done for us. “But God demonstrates his own love for us in this: while we were still sinners, Christ died for us.” (Romans 5:8) I love that our God pursues us!

And here’s what else is so cool. He doesn’t ask us to love our of our own strength. See, God is love (1 John 4:8), and if He’s in us that means we have the ability to BE love too. We have the power to pursue others, the strength to keep running after them even when we’re tired, because “we can do all things through him that gives us strength”. (Phillipians 4:13) It doesn’t rest on our shoulders, but on His.

Thank the Lord His shoulders are HUGE, because I'm so not able to love that way on my own. Let's just be honest, it's hard enough do it with Him--hard, but not impossible:)

So what about you? Do you ever play tag? And what was your favorite game as a child?
Posted by Susan at 7:00 AM