Out of the Blue
Purchase at Amazon 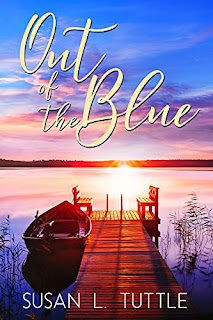 Falling in love again wasn’t on her checklist, but he’s about to pencil it in.

Nate Reynolds’s ugly history has dogged him long enough. He has spent years reforming himself, but there has to be a purpose for all the pain in his youth. When he discovers the perfect campground for rehabbing juvenile delinquents, he sees his chance for redemption. Even if it means butting heads with the owner’s granddaughter, Gwen Doornbos, a woman who, for all her sharp edges, possesses a heart similar to his. The more time he spends with her, the more he envisions a future he once thought impossible.

Four years ago, Gwen Doornbos lost her husband at the hands of a troubled teen. Her dream of ministering to kids died with him,and she returned home to help her grandfather run their family summer camp until his retirement. That day has finally arrived, except her grandfather has other plans for Camp Hideaway, and they include the irritatingly handsome Nate, a do-gooder with more brawn than sense who insists on bringing the past right to her door. 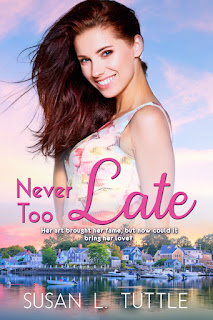 Once, her art brought her fame. This time will it bring her love?

Widowed homemaker Rachael Stark isn’t quite sure what comes after her only child leaves for college. To fill her suddenly quiet hours and scrawny bank account, she needs a job. But painful memories prevent her from resurrecting her former art career, and motherhood isn't much of a résumé. When her best friend needs help recovering from a gunshot wound that occurred in the line of duty, she is there. Finally, someone to take care of.

Evan Wayne won't let his injury keep him from being a police officer. His dedication to protect the innocent stems from the guilt he carries over having failed his childhood friend. What he needs now is to recover and get back on the streets. Instead, he's handed a myriad of light-duty tasks by his captain―one of which involves heading up the department's entry into the town's annual mural contest. He's not an artist, but he definitely knows one. And he'll take any excuse to spend more time with her.

When Rachael agrees to paint for Evan, she never expects to also be drawn into finding answers for the mother of a missing child. As the two friends work side by side on the mural and the case, their feelings move beyond friendship. But with Evan unwilling to leave his dangerous job, and Rachael unwilling to risk another loss of a loved one, their fears may paint over the promise of a beautiful future together. 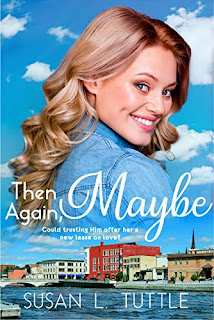 Former beauty queen Belle Thornton knows what it is to think she has it all, only to discover she never valued what was truly important. Raising her daughter and building a thriving thrift shop that helps single mothers like herself has taught Belle what the word beautiful really means. Unfortunately, thanks to her shady landlord, Belle must toss those hard-earned dollars into the money-pit of a rental that houses both her tiny apartment and her business or risk the city closing her doors. When funds dwindle as quickly as her to-do list grows, she is forced to rely on the absolute last rescuer she’d choose: Micah Shaw.Leaving Belle at the altar, pregnant, was the worst choice Micah ever made. He returns home, hoping to reconcile with Belle and their toddler. While balancing his medical residency with caring for his ailing mother, he strives to win Belle’s heart again and ensure her business remains open. Helping with that is the easy part. Chiseling through the rock encompassing Belle's heart is more of a challenge, but one he’s determined to conquer.If only he could get her to realize that a new lease on love may be their best collaboration of all.
******************************************************
At First Glance (Along Came Love #1)
Purchase at LPC Books, Baker Book House, Amazon, Barnes & Noble 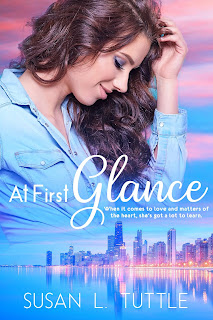 Estate planner Penny Thornton loves dusting off items others gloss over, especially since she relates to feeling tossed aside for the "bright and shiny." When her younger sister's approaching wedding launches Penny back into the throes of her dysfunctional family, she decides to use the festivities to close the gap in their relationships even if it means appeasing them and finally losing the few pounds they've hounded her about for years.
But she doesn't expect to meet two very different men in the process: East Fisher, the personal trainer who personifies everything she believes she could never attain, and Jonah Black, a man who reminds her so much of herself. Both men are more than they appear at first glance, and each seems interested in her romantically.
As Penny uncovers their hidden layers, she discovers when it comes to love and matters of the heart, she's got a lot to learn about estimating value. 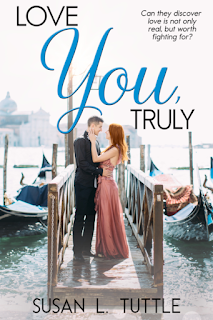 Blake Carlton, the camera-shy son of Hollywood's Darling, dodges the invasive limelight and scripted relationships that so often accompany fame. But when his mother's popularity declines and she falls into a depression, he offers himself up as the next bachelor on a reality show, hoping to reignite interest in her career while creating a way for them to finally connect.

After her fiancé dumps her for her best friend, aspiring photographer Harlow Tucker is done with romance--until her beloved, disabled sister requests her aid to start a nonprofit. Harlow agrees to do whatever is needed to raise funds, even reluctantly costarring on a dating show with a notorious womanizer who distrusts anyone behind a lens.

As Blake and Harlow navigate the superficiality of a reality show, their preconceived notions of love are challenged. Deciding to trust each other feels like the ultimate risk, but taking that chance could lead to a love truly picture-perfect, worth both of their hearts.


Met Her Match a Resort to Romance Novella
Purchase on Amazon.

Resort To Romance: Ten delightful--and standalone--novellas linked by one matchmaking week. You'll want to devour each one! 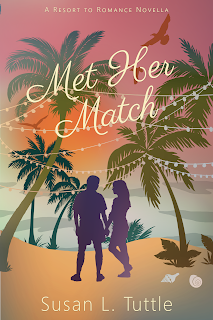 Parasailing captain Pemberley Truitt has almost grasped a sense of home after two years in the Bahamas. While she misses her family, she’s never felt like she fits in; especially when it comes to TruLove, their family’s matchmaking business. When her brother calls and begs her help with the now struggling company, she’s happy to oblige and obtain the chance to find her place with them. But then she discovers she’ll have to work with Tobias Bradshaw. The last time she saw him, he broke her heart.

Tobias Bradshaw is ready for his love life to be as successful as his winning record in the courtroom. Which is why he agrees to his friend’s two-fold plea: professionally research Joy Island’s matchmaking service and personally be matched himself. No objections there. Until Pemberley Truitt crosses his path again, and she looks about as happy to see him as someone chosen for jury duty. It’s fine. He’s faced hostile witnesses before. Except he soon realizes he wants more than a temporary working relationship. He’s taken on difficult opposition in court before, but this time he’ll need more than a persuasive argument if he hopes to win Pem’s heart.


FREE DEVOTIONAL
God's Beauty Guide: Discovering Your Worth in Christ 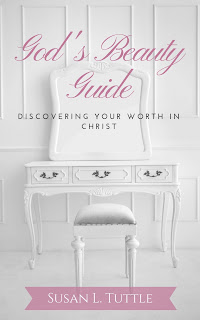 A one-month daily devotional that encourages you to discover your worth in Christ. Through daily applications and Scripture reading, this book is meant to help you move into the security of God's truth, find your own inherent beauty, and explore your value in Him.