Bookiemonster Friday - Stay With Me by Becky Wade 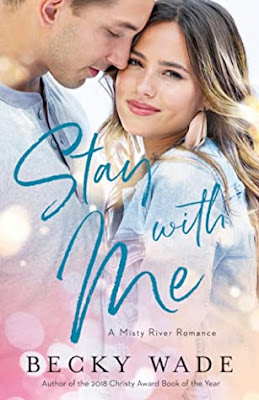 A great introduction to Becky Wade's new series, Misty River Romance. There was a novella prior to this, but this is the first full-length in the series, and it introduces us to Genevieve and the rest of the Miracle Five who this series will center on. I thoroughly enjoyed Genevieve's story. While this book is plot driven by a family mystery Genevieve and her sister (another of the Miracle Five) are trying to solve, there's also a lot of character development in both these leads. Sam and Gen have hurts that intersect each other and cause honest conflict that impacts their budding relationship.This book also dealt with a few storylines that not only made me think, but drove good discussion between myself and friends. I always love it when a story does that. Mostly though, I love Wade's gift of writing romance. She did not disappoint in this book, and if you're a reader who likes HEAs, you'll definitely be served one here:)

And you can buy the book at Baker Bookhouse or anywhere else really :)

Email ThisBlogThis!Share to TwitterShare to FacebookShare to Pinterest
Labels: becky wade, bookiemonster Friday, stay with me

Bookiemonster Friday: The Number of Love by Roseanna M. White

I'm not quite sure how it's taken me this long to read a Roseanna White book, but I can tell you this won't be my last one! I absolutely loved this book. White is amazing with her research and details, and she weaves a story filled with intrigue and romance. I loved how she brings us right into the world of codebreakers (the history buff in me devoured those scenes) while also investing us into her characters' lives. The romance is what some would call a slow burn, and normally that doesn't bother me. But because Drake and Margot are so, so good together on page, I'd have loved to see them together even more! Still, even that didn't keep me from enjoying this amazing read.
I happily give this book five out of five cookies! If you haven't already devoured it, go take a bite out of it now:)
🍪🍪🍪🍪🍪 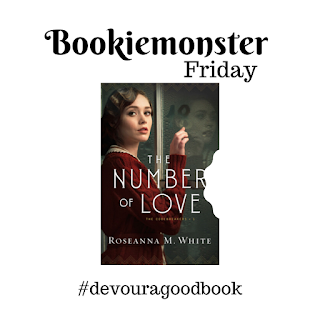 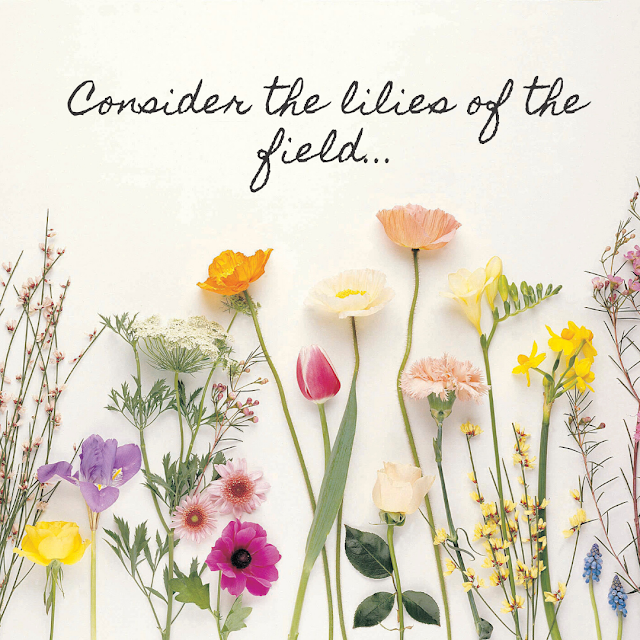 For this reason I say to you, do not be worried about your life, as to what you will eat or what you will drink; nor for your body, as to what you will put on. Is not life more than food, and the body more than clothing? Look at the birds of the air, that they do no sow, nor reap nor gather into barns, and yet your Heavenly Father feeds them. Are you not worth much more than they? And who of you by being worried can add a single hour to his life? And why are you worried about clothing? Observe how the lilies of the field grow; they do not toil nor do they spin, yet I say to you that not even Solomon in all his glory clothed himself like one of these. But if God so clothes the grass of the field, which is alive today, and tomorrow is thrown into the furnace, will He not much more clothe you? You of little faith! Do not worry then, saying, "What will we eat?" or "What will we drink?" or "What will we wear for clothing?" For the Gentiles eagerly seek all these things; for your heavenly Father knows that you need all these things. But seek first His Kingdom and His righteousness, and all these things will be added to you. So do not worry about tomorrow; for tomorrow will care for itself. Each day has enough trouble of its own. 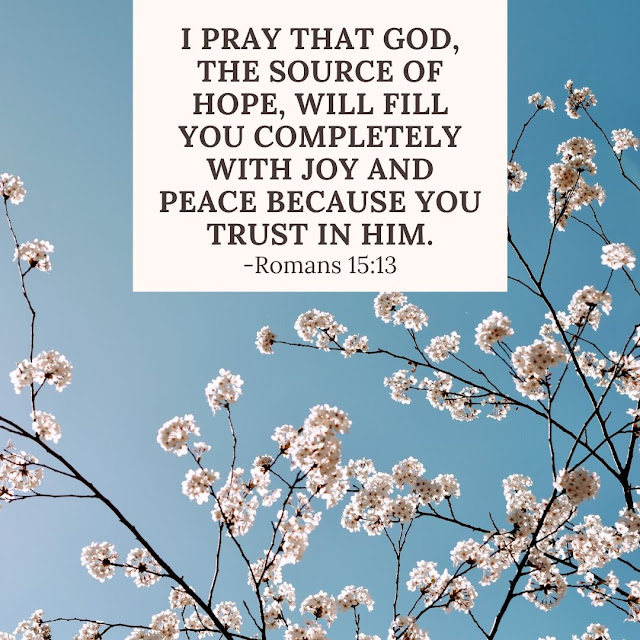 Hey all! In celebration of Love You, Truly's release, I'm running a giveaway to celebrate! My characters not only meet in a Starbucks, but Harlow "travels" around the world based on which coffee she drinks:) And cookies because, well, I love cookies! 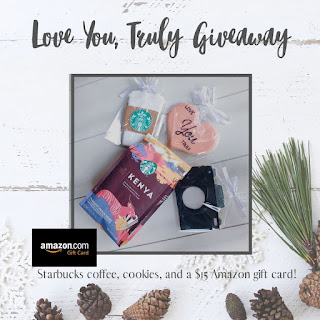 Giveaway runs from today through 12/22/2019 at midnight. I'll announce the winner here on the 23rd, but due to the holidays, I won't actually mail the prize until January 7th.  One winner will win the following:

***open to all US residents 18 and older. Facebook is not affiliated with this give-away. If winner does not claim the prize, no prize will be awarded. Entries end on 12/14/19 at midnight. Winner will be drawn on 12/15/19 and contacted on my author Facebook page within 7-10 days.***
Posted by Susan at 2:44 PM 4 comments

Hey all! Love You, Truly is releasing 12/15/2019, and you can pre-order it NOW! If you do, screenshot your order and either email it to me at the email listed below OR message it to me on my author Facebook page. On release day I'll randomly draw one name from all the pre-orders to win as pictured below: 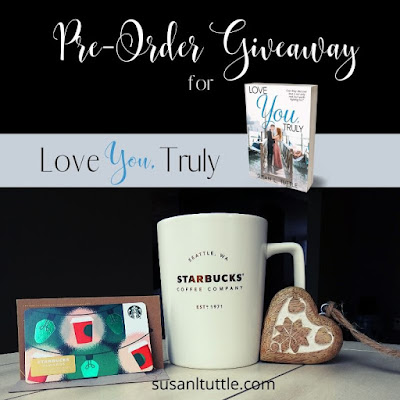 Hope you all enjoy this book! I definitely had fun writing it :) And thank YOU for all your support💜
~Susan

***open to all US residents 18 and older. Facebook is not affiliated with this give-away. If winner does not claim the prize, no prize will be awarded. Entries end on 12/14/19 at midnight. Winner will be drawn on 12/15/19 and contacted on my author Facebook page within 7-10 days.***
Posted by Susan at 1:59 PM 0 comments 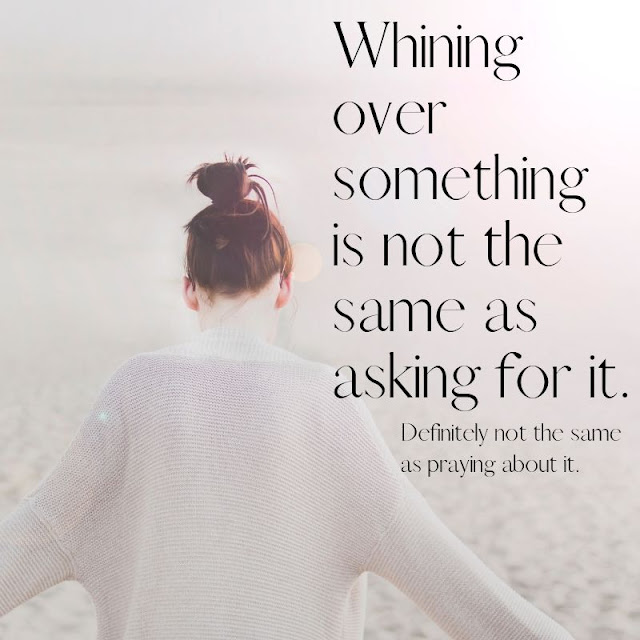 Friends, I got schooled this week by God. And I needed it.

The other day I was on my knees lamenting to God over a list of things I've been praying about where I have yet to see movement of any kind--well, unless you count backwards movement. I reminded him of the verses in HIS word that said we need to ask--in some places he even encourages us to be persistent! You find this message in many forms throughout the Bible, and so there I sat, reminding him that I was, once again, asking only to see no results. And as my lamenting went on he stopped me with these simple words:

Child, you haven't been asking for these things, you've been whining about them. Whining is not the same as asking.

Oh, boy. I nearly got offended. Nearly. Except, he was right!

Friends, there is absolutely nothing wrong with crying out to God about issues that plague us or areas where life seems stagnant and we know that we know that we know that God can move in them. However, we cannot get stuck there! We cannot turn our times of prayer into times of whining. That stops our battle in its tracks! We need to be actively seeking him in the midst of our situation even when it seems our situation has stalled out. Whining will get us nowhere, but James 5:16 says that the effectual fervent prayer of a righteous man availeth much. Bemoaning something isn't effective, but asking, seeking, and calling out to God (which is what he tells us to do!) moves him on our behalf. We shake the heavenlies with our prayers and that shifts to right here on earth.

Today I'm challenging you to look at the posture of prayer you've taken lately. Could it be that you're whining more than your asking? I admit, I was. But that stops today.
Posted by Susan at 10:37 AM 2 comments